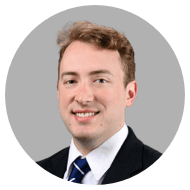 Ethan M. Sneed was born and raised in Tulsa, Oklahoma. He graduated from Indiana University with a Bachelor of Arts in Slavic Languages and Literature in 2013. He then attended the University of Oklahoma College of Law and graduated in 2016. Upon graduating, Mr. Sneed began his legal career as an Assistant District Attorney for Tulsa County, where he was a member of the General Felony team, prosecuting violent felonies as well as property and drug crimes. As a prosecutor, he also represented the State of Oklahoma in Post-Conviction Relief proceedings, reviewing trial and appellate records in order to uphold the State’s convictions of many of Tulsa County’s most violent offenders. Since joining Richards & Connor, his practice has primarily focused on coverage litigation, general insurance defense, and bad faith litigation.