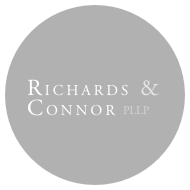 Hunter Bailey grew up in Chickasha, Oklahoma. He completed his undergraduate studies at Southwestern Oklahoma State University where he graduated magna cum laude in 2016. During his undergraduate studies, Hunter was an active member of Tau Kappa Epsilon and several student organizations. Upon completing his undergraduate studies, Hunter began his legal education at the University of Tulsa College of Law. During law school, Hunter participated in several student organizations, including Phi Alpha Delta, the Native American Law Student Association, and the Federalist Society. Hunter earned a CALI award in copyright law before graduating from law school in 2019 with distinction for his community service performed.

After passing the Oklahoma Bar Examination, Hunter began his legal practice here in Tulsa as a personal injury, employment, and insurance attorney. Hunter utilized his extensive legal knowledge and writing skills to advocate for hundreds of clients over the years before joining our team.

In 2022, Hunter joined Richards & Connor where he continues to zealously advocate for his clients with his strong work ethic and writing skills. Since joining Richards & Connor, Hunter's practice focuses primarily upon bad faith litigation and general insurance defense. He is admitted to practice law in all Oklahoma trial courts, including Oklahoma's three federal district courts.

Hunter is a life-long musician, teaching himself how to play several instruments since he was a child. When not advocating for his clients, Hunter spends his time playing and watching soccer, exercising, relaxing with friends and family (including his German Shepherd), and mentoring at-risk children through Big Brother Big Sister. Hunter is a proud member of the Chickasaw Nation.