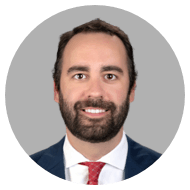 Joseph ("Joe") Dowdell was born and raised in Tulsa, Oklahoma. He attended Dartmouth College where he played wide receiver for the Big Green football team for four years. Joe graduated in 2014, earning his Bachelor of Arts in Government. Upon graduation, he served in the Peace Corps in Rwanda where he taught high school English in Rwanda's Western Province for two years. Thereafter, Joe returned home to attend law school at the University of Tulsa College of Law and earned his Juris Doctor in 2022. In law school, he worked with the Immigrant Rights Project representing several clients seeking asylum in the United States as a result of persecution and violence in their home countries. During his second and third years of law school, Joe worked in the United States Attorney's Office in the Northern District of Oklahoma where he provided assistance in investigations and prosecutions of a variety of criminal and civil cases. Since joining Richards & Connor, Joe's practice has been focused on bad faith defense litigation, and general insurance defense litigation. In his free time, he enjoys spending time with his family and friends, watching football and basketball, and traveling.