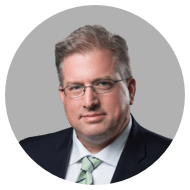 Mike Carr graduated from the University of Oklahoma in 1996 and then attend the University of Oklahoma College of Law, graduating in 1999. Upon graduation, he began his legal career in Oklahoma City defending County government entities, Sheriff’s offices and jails in both civil rights matters and employment litigation. In 2002, Mr. Carr moved his family back to his hometown of Tulsa and began practicing insurance defense, professional negligence liability, medical malpractice, products liability, insurance coverage, and bad faith litigation. He has successfully litigated matters to jury trial in dozens of cases in both State and Federal Court all across Oklahoma. Mr. Carr attended the International Association of Defense Counsel’s Trial Academy at Stanford University in 2006, has an AV Preeminent Rating from Martindale-Hubbell, and has been named to Oklahoma’s list of Super Lawyers since 2012. He is licensed to practice in Oklahoma, Arkansas, all three Federal Courts in Oklahoma, and the United States Supreme Court. Mr. Carr joined Richards & Connor in 2022 and continues to represent his clients in insurance coverage and liability litigation. He lives in Tulsa and spends his time collecting records, books and art, learning to play guitar, and working around his house.