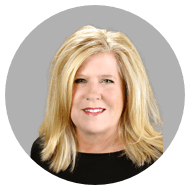 Jamie Gregory was born and raised in Oklahoma City.   She received her associate degree in nursing from Oklahoma State University Oklahoma City in 1992.  After working several years in a hospital setting and taking care of acutely ill patients, she decided to explore her interests in the law and medicine and began working as a paralegal in 2000.  Ms. Gregory began her paralegal career representing plaintiffs’ interests in medical malpractice cases.  Since 2014, after joining the law firm of Richards & Connor, her area of focus has been medical malpractice defense work.

Ms. Gregory enjoys anything outdoors and spending time with her family, especially her grandchildren.