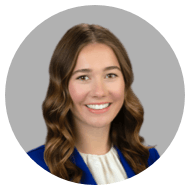 Jessie was born in California and raised in Oklahoma. In 2017, Jessie completed her Associates in Paralegal Studies and began her career as a paralegal. She continued her education and graduated from Oklahoma State University in 2019 with a B.S. in Political Science. One year later, she received her Masters in Healthcare Administration from OSU Health Science Center. Jessie is passionate about medicine and law, which makes her role as a medical malpractice litigation paralegal the perfect fit.

In her free time, Jessie enjoys eating, riding dirt bikes, all things outdoors, and spending time with her family and two dogs.